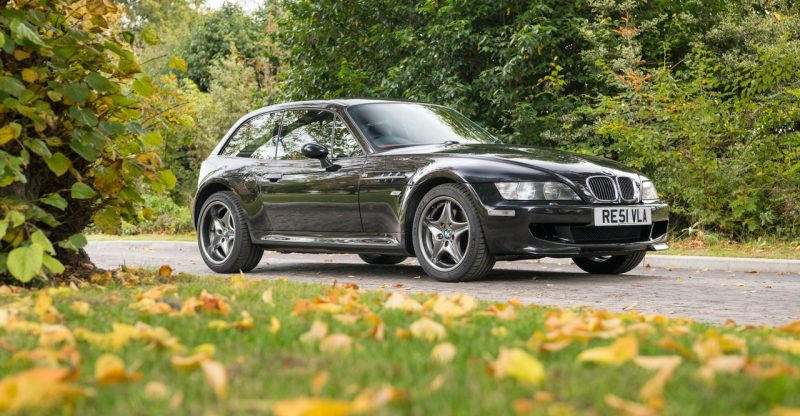 The BMW Z3 M Coupe is claimed as one of the most wanted collector pieces from the BMW line-up.

2002 is inspired by the M Coupe and holds 315-horsepower under the hood, has an electronic fuel-injected S54  straight-six engine that previously made 240 horsepower before the adjustments that were made on this model. The car also includes a four-wheel independent suspension and a five-speed manual transmission.

Developing the Z3 M Coupe was originally a project developed by the BMW engineers, who wanted to, and were convinced that, they could squeeze extra power from the Z3 with the aid of M3 parts.

The goal for this car was to add increased torsional and structural rigidity to the Z3 roadster’s chassis. The majority of the body panels had to be similar to the M roadster, like: the doors and all parts from the A-pillar forward are backwards-compatible between the coupe and the roadster, as well as most of the interior parts.

The BMW Z3 Coupe was initially powered by the engines from the E36 M3. In 2001, the vehicle was upgraded to the BMW S54 engine taken from the E46 M3. That makes a difference between the peak power and torque which the engineers were able to squeeze with the help of the catalytic converters that are located closer to the engine on the NA model, which enabled the catalysts to heat up way faster than before and reduce cold-start emissions.

As mentioned earlier, the gearbox has a 5-speed manual transmission ZF Type C, helped along by a standard limited-slip differential with a maximum locking potential of 25%.

There is a different range of colours offered by the manufacturer for the Z3 M Coupe following: Imola Red II, Oxford Green II Metallic, Cosmos Black, and many others. The BMW also comes wearing its native five-spoke alloy wheels, draped in a Shadow Chrome finish, the wheels that can fit literally any BMW and still look brand new.

Choosing wheels and tyres on the latest models using the S54, they thought of a darker Chrome Shadow finish, compared to early M coupes, like the S50 and S52 engines, which had a silvery chrome line ending. The best tyre set for this model was recommended by the manufacturer as being the Michelin Pilot Sport tyres, with 4mm or so of tread on the rear, and 6mm tread on the front.

The model was and still is one of the most wanted pieces on the German market for collectors and car enthusiasts, and definitely packs a punch considering its size to power ratio, being such a small car that stands out of the conventional “BMW Look” but designed by the same engineers with almost the same specs as the M3’s of that time sometimes even surpassing the power punch delivered by the M3 and definitely crushing most of the cars its size, when tweaked by the right people, the car having a lot of tuning potential, although the collectors prefer to keep it as stock as possible. 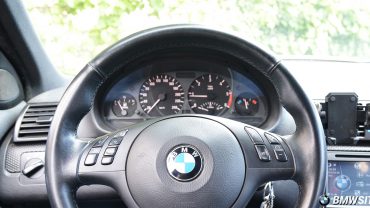