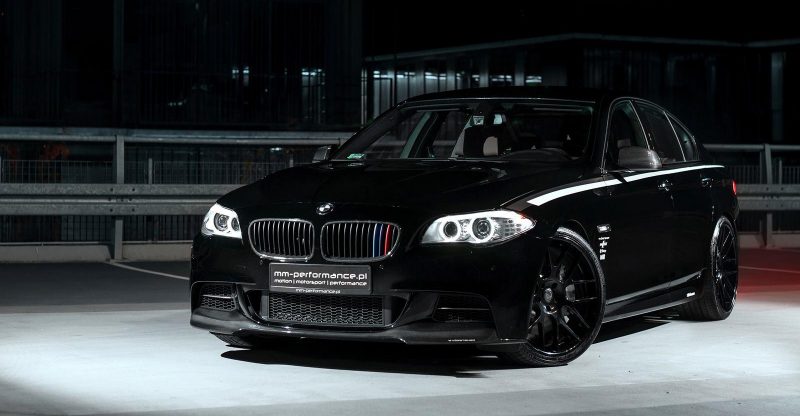 Up to 381 horsepower and 740 Newton-meters, acceleration from 0 to 100 km/h in 4.7 seconds and a top speed electronically limited to 250 km/h. With such figures and values listed in the spec sheet, BMW’s new M550d xDrive is one of the most impressive cars on the planet. But there’s also a unique detail that sets the Bavarian model apart from other high-performance cars: the diesel engine hidden under the bonnet.

Featuring a six-cylinder in-line configuration and no less than three turbochargers, the three-liter powerplant found within the engine bay of the new BMW M550d xDrive offers huge tuning potential, with a simple rework of the control unit operated by Hartge specialists raising the maximum values to 438 horsepower and 840 Newton-meters. Unfortunately, in this case, we can’t talk about such an intervention, as the Poles from MM-Performance prefer to modify only the visual part of the high-performance diesel car from Munich.

Thus, the new BMW M550d xDrive from MM-Performance is still content with the 381 horsepower and 740 Newton-Meters offered by the Bavarian manufacturer but, unlike the standard version, it stands out with a considerable increase in aggressiveness that is due in particular to the extension, respectively the air diffuser – both made of carbon fiber, attached to the front spoiler, respectively the rear spoiler. The list of carbon fiber exterior elements continues with the front grille, plus side mirrors, and ends with the new spoiler attached to the boot lid.

The same carbon fiber is also found on the interior – where we also find a sporty, three-spoke design steering wheel wrapped in leather, but before we take a look at the cockpit of the new BMW M550d xDrive from MM-Performance, we have to admire the generously sized Vorsteiner VS-340 wheels, fitted with high-performance tires and offered with an H&R suspension that lowers the ground clearance by around 35 millimeters. 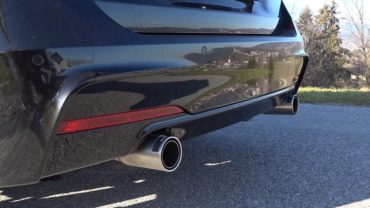