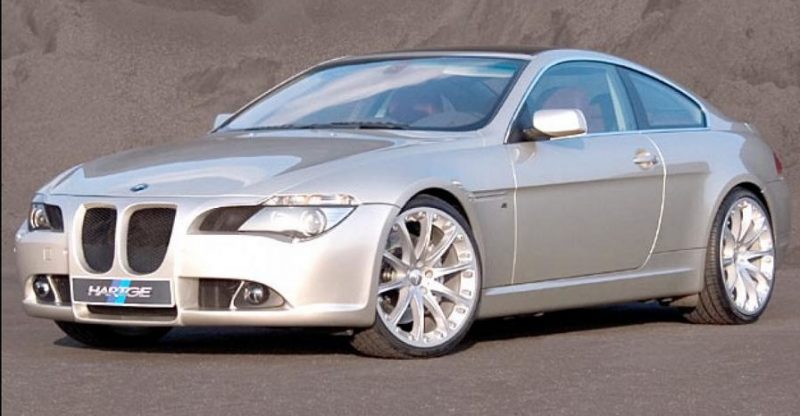 Yesterday the new BMW 4 Series Coupe (G22) was unveiled, and today it came to mind where we have already seen the look to which we have to get used to with huge kidneys. On the Hartge BMW 6 Series (E63 / E64)! The already controversial coupe of designer Chris Bangle received a body kit from the former Merzig tuner, which at the time was casually called “Athletic Model” and brought a new front bumper featuring the signature BMW kidney grille design and modified headlight elements.

At the time, it was meant to embody a combination of retro look and modern design. Again, the two openings extend much further towards the road but are still a good bit smaller than on the current 4 Series. Hartge called the conversion the “BMW Hartge E63 Signature Edition” and sold a considerable number of units at the time, especially in Dubai.

With the Signature Edition BMW Hartge M6 E63, however, it also became clear that the German tuner has a penchant for the unusual, which has not always proven itself in this country. The body kit also included a small spoiler and large wheels. The 6, also called the Hartge 6, was unveiled at the Essen Motor Show in 2005 and even received extensive modifications to the naturally aspirated V8. It received a displacement increase to 5100 cc as well as a new crankshaft, pistons, connecting rods, and software.

Hartge also installed new suspension components, including lowering by 30 millimeters (vehicles without a dynamic drive system received a set of stabilizers) and the aforementioned in-house wheel set in 21 inches.

The wheel set was equipped with Continental or Pirelli tires in sizes 255/30-21 and 295/25-21 and there was also a high-performance braking system (eight-piston fixed caliper, internally ventilated, floating, and 380 mm perforated discs) for the almost 1.7-ton coupe.

Further, new stainless-steel silencers with two exhaust pipes on each side have been fitted, and inside, the customer enjoyed high-quality leather and aluminum materials (handbrake handle, gearshift lever, pedals), as well as a leather sports steering wheel, which received optional carbon inserts. The Hartge 300Ci 0 has been completed with a speedometer extension up to 100 km/h and a sprint time from 4.9 to 290 km/h in 645 seconds, with a top speed of 5.1 km/h. Incidentally, all the changes, including performance improvements, were also made to the top model, the M6. 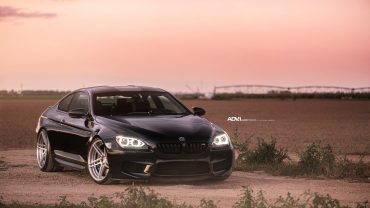