BBM Motorsport engineers have prepared a special package for the BMW M6 Convertible.

The specialists at BBM Motorsport, have recently customized the BMW M6 Cabrio F12, the powerful sports car receiving some major upgrades mainly under the bonnet, while the exterior has also received some slight modifications. After the work was completed, BBM Motorsport also released a video of their new custom model, showing off the engine and its revving power, as well as some interior shots.

In terms of the stock performance, the BMW M6 Coupe and M6 Convertible can do the 100 in 4.2 seconds, and the top speed has been limited to 250 km/h or 305 km/h for versions equipped with the M Driver package.

In terms of design, the two versions come with a number of improvements designed to increase the aerodynamic coefficient. We’re talking about a modified spoiler, new side sills, and an air deflector housing the four chrome exhaust pipes. Inside, the same sporty theme is propagated thanks to the seats, steering wheel, and instrument cluster.

The M6 Coupe comes with a plastic-reinforced carbon-fiber roof, and the doors and bonnet of both models are made of aluminum. Thus, the M6 Coupe weighs 1,850 kilograms and the Cabrio version comes with a mass of 1,980 kilograms.

When we say M Division, we mean technology. Well, the new M6 comes with a number of technological gimmicks designed to improve performance and lower the car’s mass. So the new Bavarian model gets a performance-tuned suspension and a three-setting steering system, along with a much better braking system.

For starters, they’ve tweaked the performance offered by the 4.4-liter twin-turbo V8 unit. Normally it develops 560 horsepower and 680 Nm.

The performance package comes with a recalibration of the ECU and an Akrapovic exhaust system. Thanks to these modifications, the Bavarian unit now develops 705 horsepower and 864 Nm.

The 2013 Essen Motor Show has opened its doors and is showcasing this year’s most exciting tuning. We present below the latest program offered by BBM Motorsport, based on the BMW M6 Cabrio and developing 705 hp. In standard form, the BMW M6 Cabrio is powered by the 4.4-liter V8 turbo engine codenamed S53Tu and developing 560 hp and 680 Nm of maximum torque available in the range 1500-5750 rpm.

The increase from 560 hp to 705 hp is due to a tuning program that includes a new Akrapovic exhaust system. Maximum torque has also increased to 800 Nm as a result of the tuning program. The tuners haven’t revealed the software improvements, but it’s probably one of the most aggressive turning programs around.

Performance figures for the new 705bhp M6 are not yet known, but we expect the car to accelerate from 0-60mph in less than 4 seconds.

To be fashionable, the BBM modified BMW M6 Convertible has also been given a frozen grey paint shade.

The F12 BMW M6 Cabriolet F12 now comes with a fine black exterior, complemented by a set of new wheels from the one and only ADV.1 Wheels tuning division, giving the model a unique look and stance. 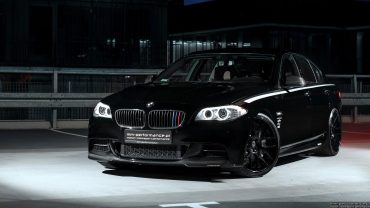