BMW 4 Series 428i ( Production: July 2013 – September 2020 ) is one of the most well-rounded luxury small cars. It’s an impressive car with powerful engines and potent acceleration, best for curvy roads or wet weather.

BMW 4 Series 428i remained a fan-favorite luxury sports car that comes in three variants: coupe (code-name F32), convertible ( code-name F33 ), or the gran coupe ( code-name F36 ), all of these with excellent reliability ratings, up-scale cabin design, and spacious seating. It has powerful turbocharged and fuel-efficient engines, electrifying handling, and a driver-oriented cockpit.

Also, as with any other car, there are some problems, for example, the engine overheating problem of the F32/F33/F36 BMW 4 Series 428i. We’ll explain more details in the next paragraphs.

The flashing light indicates that the situation is alarming, and if not taken care of, it may result in considerable damage to the touring car. Therefore, it is necessary to take the temperature warning light seriously. You can also check the temperature gauge that indicates the excessive engine heat by rising above the red or hovering near the gauge’s top.

Owning a BMW is a privilege, but the car’s engine and maintenance are critical to preserving your integrity, as issues might occur even after your best efforts. The BMW 4 Series 428i goes into limp mode automatically when the car engine experiences a recurring issue of low coolant.  The yellow light illuminates on your dash indicating “Check Engine” or “Service Engine Soon” which means you should get your BMW 4 Series 428i functional as soon as possible. Ignoring those continuous alarms could end up causing preeminent damage to lavish engine elements.

Overheating of BMW 4 Series 428i engine is an indicator of a severe problem. Therefore, you must not think that you can manage it later because it can irreversibly harm the car engine. Some of the causes of the popping of overheating engine light on the car’s dashboard include:

Different cars require different coolants. Furthermore, every vehicle needs a specific type of coolant according to the environmental conditions to function at optimal performance levels. Car performance is badly affected if you use the wrong coolant or mix different coolants, as it does not give proper viscosity to the car’s specific engine.

The coolants should not be mixed as they do not react well because when they are combined, they form a jelly-like substance that can completely stop all coolant flow leading to overheating that fails the engine. It may also increase corrosion in the radiator, and your engine may be prone to overheating with improper coolant-to-water-ratio. BMW makes its own brand coolant with specific viscosity for its unique engine design, so you should consider it first before going to other ones.

Like every other vehicle, BMW 4 Series 428i also needs coolant/antifreeze for the regulation of the temperature of the engine at optimal levels. Your engine strives hard to keep the engine temperature at the appropriate level, especially in the summer season. Therefore, coolant leakage can happen, which can create a hazardous situation for your car’s engine. Coolant or antifreeze plays a pivotal role in how well your car’s engine works, as without a proper amount of antifreeze, your engine can overheat. Hence, the coolant must be checked properly.

The easiest way to identify the coolant leak is by checking underneath the engine for any puddles forming when you are parked. Poorly tightened hose clamps, dilapidated houses, or a box of rogue highway nails are also some reasons behind the leakage of coolant that turns the radiator of your car into Swiss cheese.

The faulty water pump is the leading cause of overheating of the car’s engine. Water pumps are essential in maintaining the correct engine temperature by ensuring adequate coolant circulation. Coolant circulation stops throughout the circuit when the water pump fails or troubles because of the faulty belt, as it prevents the whole operation and results in the car’s overheating.

Worn-bearing is the most common reason for water-pump failure. Water pump failure can happen at any time because of various reasons like mixing coolants, contaminated coolant, or using the wrong coolant, etc., which causes damage to the seals and bearings of the water pump leading to the impeller shaft failing.

Proper coolant flow is necessary to maintain the temperature of the car’s engine as it absorbs the heat. Malfunctioning thermostats, natural buildup, and debris are the reasons behind the clogged cooling system. Overheating light on the car blinks again and again when the contaminated cooling system cannot circulate the coolant in your car’s engine.

An overheating engine is more than a bummer, so you must take good care of it because if you don’t, it will leave you on the side of the road and will cost you an expensive bill. Some of the effective preventive measures for engine overheating light are:

An increase in the temperature gauge is the most bothersome trouble for the BMW 4 Series 428i owners. Overheating engine light comes with various reasons like coolant leakage, the wrong type of coolant, failure in the water pump, and a clogged cooling system. Ignoring these warning signs can lead to pricy repairs down the road. Keep on regular maintenance to reduce the risk of overheating engine lights and take good care of your car by keeping sure to bring it for service if the light pops up on your car’s dash. 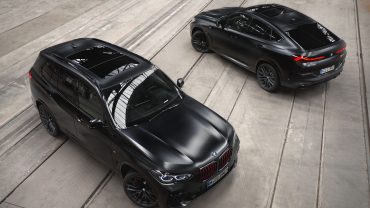