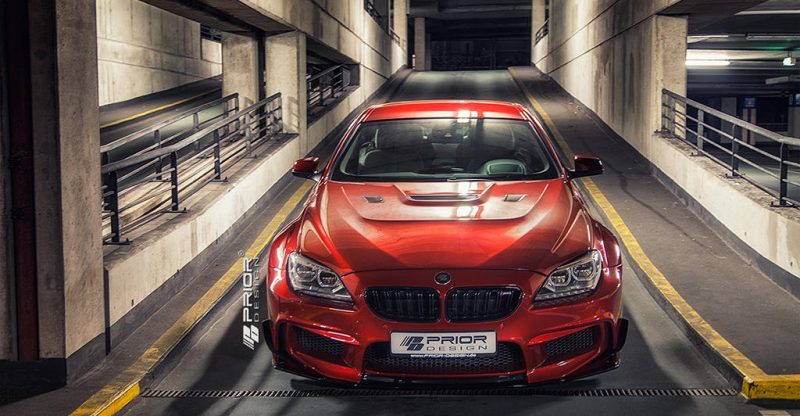 The German tuners from Prior Design have out-done themselves once again with this M6 that looks like an actual beast compared to the conventional M6 or any other car to be honest.

Unveiled as a world premiere in the first part of 2012, the latest generation of the BMW M6 has instantly carved a place in the hearts and minds of fast car enthusiasts, the Bavarian super coupe is so impressive thanks to its twin-turbo V8 engine capable of delivering no less than 560 horsepower.

Unsurprisingly, the 4.4-liter petrol unit has been paired to a seven-speed dual-clutch transmission, resulting in the most impressive performance: the first 100 km/h comes in just 4.2 seconds, while acceleration from 0 to 200 km/h is around 12.6 seconds.

Maximum speed? Well, like the M5 F10, BMW’s latest generation M6 comes with a 250 km/h limit, but the threshold is raised by 55 km/h to 305 km/h if you opt for the special menu known as the M Driver’s Package.

Maximum speed? Well, like the M5 F10, BMW’s latest generation M6 comes with a 250 km/h limit, but the threshold is raised by 55 km/h to 305 km/h if you opt for the special menu known as the M Driver’s Package.

The kit is called PRIOR-DESIGN PD6XX and consists of installing a complete body kit, featuring a front lip and side skirts extension set, a pair of front flaps, bonnet air intakes, rear air diffuser, plus a good-looking rear spoiler.

The list of goodies doesn’t end there, however, as the new BMW M6 is also equipped with generous front and rear wing extensions, under which hide five-spoke alloy wheels. Information on the price of the modifications being about $16.500, with Prior Design officials stating that the PD6XX package is available for both M6 Coupe / Convertible and 6 Series Coupe / Convertible versions.

Although the engine hasn’t been modified, the car already had plenty of power at its disposal and didn’t need a power spike so to say, but the way the car looks with the body kit mounted on it and a matching color wrap is absolutely insane and pretty rare to see anywhere in the world, the vibrant color combination with the black accents putting the Prior signature on this build from a mile away no doubt.

Overall the car is still the same internally as stated before, but the modifications done to the exterior come to a pretty high cost, and Prior, even sells the Parts separately for enthusiasts to build their own inventions and contraptions with a combination of other body-kits with this one, while not having to pay the whole body-kit if you won’t use the entire body-kit, thing which fans have really appreciated about the company and really took advantage of it, seeing parts of this body-kit on other M6s combined with other body-parts from other kits or even self-made should really feel good, both for the tuner and the community which takes full advantage of features like this. 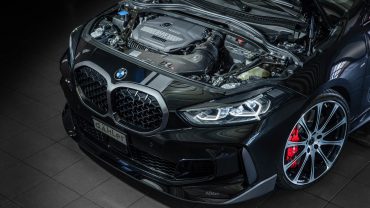