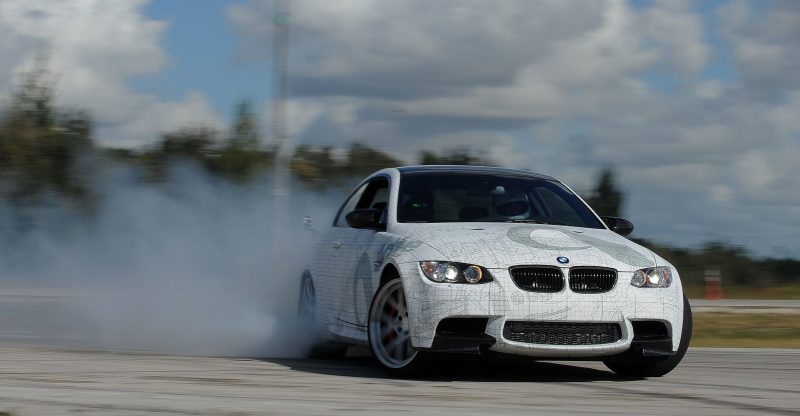 The Germans did it again! Another beast came out of Active Autowerke’s garage, under the E92 BMW M3 Platform, with a kit able to boost the power of the vehicle up to 700 horsepower, which basically comes out of a huge supercharger and a Methanol-Injection system paired with a high-performance exhaust system from Signature.

The production version with no modifications was launched just a few months later and came bundled with all the components promised by the concept and apart from the few components mentioned above, the car was completely new. Under its hood sat a 3,999 cubic meters, V8 that quickly became one of the best V8s ever produced. With a maximum output of 420 horsepower, the V8 revs up to 8,300 RPM, when it actually unleashes its full power. The recipe of a normally aspirated powertrain has been retained, so the 4.0-liter also boasts a maximum torque of 400 Nm, available from 3,900 RPM. So equipped with the six-speed manual transmission, the BMW M3 E92 accelerated from 0 to 100 km/h in 4.8 seconds, covered 1,000 meters from a standing start in 23.3 seconds, accelerated from 80 to 120 km/h in 4.9 seconds, and had a top speed of 250 km/h. In case you’re interested, the BMW M3 E92’s promised average fuel consumption is 12.4 l/100 km.

The year 2008 marks a new first for the BMW M3 E92, but also for the entire Bavarian brand. For the first time, a double-clutch automatic transmission powers such a powerful car, and the M Double Clutch transmission also benefits from the Drivelogic mode. This new transmission is part of the fourth generation of automatic transmissions developed by BMW for models in the M range. This gearbox was available on all body versions, including the sedan and convertible.

In addition to extremely short shift times, the M Double Clutch automatic transmission also offers better dynamic performance than the manual transmission. With a 0-100 km/h sprint of 4.6 seconds for the BMW M3 E92, the automatic transmission is 0.2 seconds faster. What’s more, in the case of acceleration in quick succession, from 80 to 120 km/h the difference is even greater. While it takes 4.9 seconds to accelerate from 80 to 120 km/h with the manual transmission of the BMW M3 E92, with the M Double Clutch transmission this time is reduced to 4.2 seconds. In addition, fuel consumption is also reportedly reduced with this transmission to 11.2 l/100 km.

Reaching a peak power of 700 horsepower was no easy task for the Germans, but they managed to do it and boost this beast to a new level, and along with the powerful kit that Active Autowerke mounted on the beast, they also fitted a pair of 20-inch alloy wheels and Nitto Invo tires along with a better brake system featuring 12-piston calipers.

The exterior wrap, new front splitter, and rear diffuser are also the addition of the German tuner, all of this coming along on a new suspension system from JRZ, and they have yet to release data about the price of the kit, only releasing a video which demonstrates what the M3 is capable of doing after all of these mods. 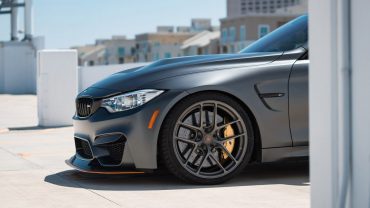