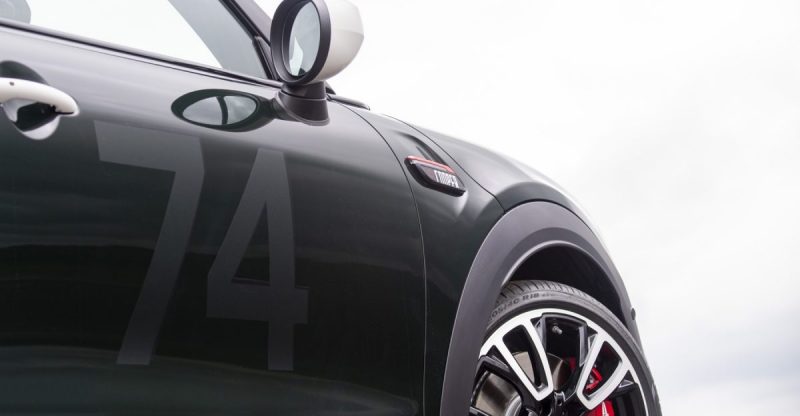 This Mini is not just your usual Mini Cooper that you drive back and forth to the grocery store, it is a tribute to John Cooper who sadly passed away 21 years ago. This limited edition Mini Cooper comes both in the Cooper S and JCW models and is limited to only 740 vehicles.

Since September 1961, the Cooper name has been synonymous with the MINI brand, when John Cooper first started selling Minis named after him. Fast-forward to 2021, it seems strange that the related MINI does not have the concept of Cooper. Of course, it was John Cooper who saw the original Mini as a high-performance car that was able to beat the biggest and best cars on the track and rally stage. Now, MINI celebrates this 60-year milestone with a beautiful limited edition hatchback.

Today, 98 years ago, the name John Cooper not only represented the great success of Formula One but also represented the traditional sports spirit of the MINI brand. Sixty years ago, John Cooper laid the foundation stone for the legendary racing victory of the classic Mini. This was the beginning of the cooperation between MINI and the Cooper Family, which has continued to this day. The limited-edition model doesn’t come in a totally abstract variant, performance speaking, nothing has been done to it whatsoever, but despite the fact that there are basically no mechanical changes, this limited edition does feature some quite unique traits and additions.

To mark this special day, the British have decided to present this special edition of the MINI 3-door that is both one historical piece used to win many races and driven for decades, and a state-of-the-art piece of technology.

The unique design and features added to this small piece of history make the anniversary edition an attractive offer for MINI fans around the world, who are passionate about the brand’s sports history, which is closely related to the name of John Cooper. Limited production of 740 units worldwide.

John Cooper won the status of a racing pioneer in the 1950s and revolutionized Formula One with his mid-engine sports car. His idea is still valid today, helped him to put the engine behind the driver instead of in front of him. Jack Brabham won two world championship titles in Formula One Cooper in 1959 and 1960. Cooper prefers unorthodox solutions, just like his friend and designer colleague Alec Issigonis, who relied on the classic Mini to trigger a revolution in the field of small cars.

John Cooper immediately realized the sporting potential of the compact four-seater and began to build a small series of vehicles with larger brakes and increased engine output from 34 horsepower to 55 horsepower. Mini Cooper was born and became an instant hit.

The Cooper brand and the name letters surrounded by the red circle are now famous. Later, the more powerful Mini Cooper S appeared, setting the foundation of the three championships of the Monte Carlo Rally in 1964, 1965, and 1967.