The Germans have announced two new bikes that joined their line-up a month ago, featuring new styling and a heap of new features.

BMW has introduced the new BMW R18 Transcontinental and the BMW R18 B last month on the local market following their world premiere, the models having their own unique perks and features.

The R18 Transcontinental was designed especially for long-distance travel solo or with luggage after you, the bike has space for everything, while the R18 B was made to deliver pleasure while riding and to be distinct from any other bike around, having its own unique character.

The main difference between the 2 models would have to be the top-box, while the R18 Transcontinental features a huge top box for storing luggage, on the R18 B it has been completely removed.

The rear suspension on both of the models features a travel-dependant damping system and automatic load compensation in order to achieve the best experience possible while driving this huge bike at full throttle.

Both bikes come stock with Active Cruise Control (ACC) on the local market, which enables the riders to be both focused and relaxed while handling this beast, and it also helps with speed control based on the vehicle in front, the bikes featuring radar sensors in the front and warning the bike whether it should brake or speed-up after the vehicle in front of it, and after all, ACC also ensures safe cornering where necessary, providing the rider the appropriate speed for the particular turn he’s taking.

Germans have also thought about the comfort of the rider, the footpeg position remaining the same signature BMW footpeg position for years, mid-mounted behind the cylinders for the footrest, and while being its signature, it is also very comfortable, allowing a more relaxed and active riding position.

After release, BMW stated that the R18 Transcontinental features a front fairing with a high windshield, wind deflector, and flaps compared to the low windshield found on the R18 B “Bagger” which also has a slimmer seat and a matt black metallic engine.

Different from the R18 which has a slim 2 person seat bench that fits the “Bagger” style, the Transcontinental was really intended to be used for long drives, coming with a lot of features unusual for a bike like a long-journey seat with heating as standard and that can fit 2 people comfortably aboard.

BMW stated that the cockpit was specially designed for these 2 models, the R18 Transcontinental and the R18 B, and it features four analog clocks followed by a 10.25 inch TFT color display, and Marshall Gold Series Stage 1 and 2 sound systems, which offer top-notch quality when it comes to quality, delivering a crisp and powerful audio performance under any possible circumstances

As stylish as the rest of the bike comes in the fuel tank, shaped like a pear, the 24-liter tank is reminiscent of its old brothers, the legendary BMW boxer motorcycles. 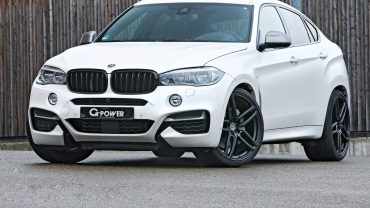